An aviatrix hat for Baby Leo

Not sure when I came across this free pattern on Ravelry - Justine Turner's Aviatrix. It seems a little while ago, though not so long ago that I felt I could still get away with knitting one for P.  But happily I can knit one for Leo!  Not sure why I didn't use one of the baby bonnet patterns I've already used - both of which I loved - see here and here ,though in a way glad I didn't as I love this too. 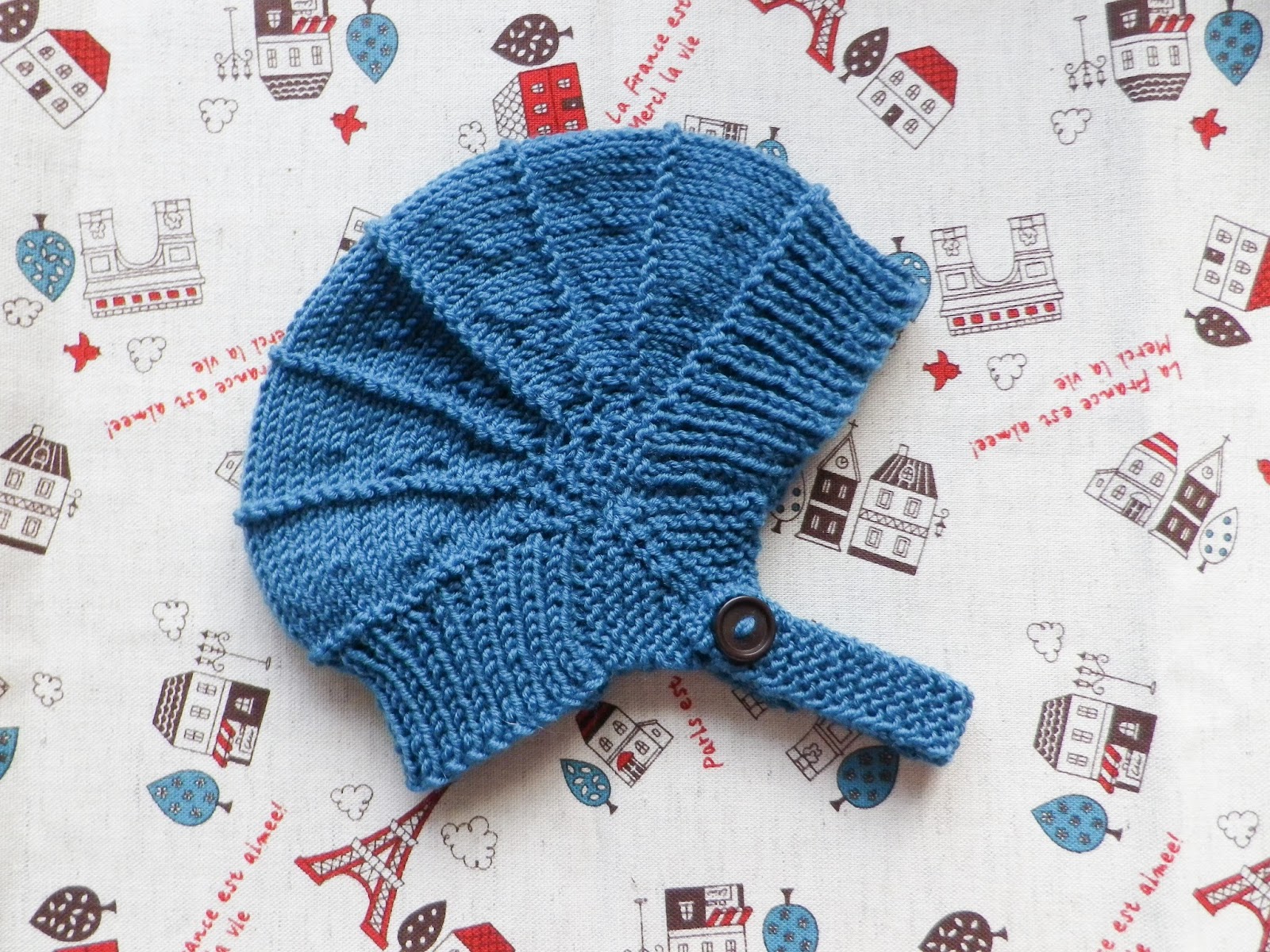 Once I had worked out the layout of the pattern instructions, oh and how to successfully do short rows without gaping holes, this was a great knit. I used some dreamy Debbie Bliss Rialto 4-ply in teal  - hardly half a ball for this teeny newborn size, and a button from the never ending delight that is Great Gran's button tin. So sweet.
Posted by mrsrobinson at 02:52 2 comments:

It was a spooky Halloween...

Is it a little late to be mentioning Halloween? Hmmm... but just in case you have the need to make a monster costume, I shall continue. Not that I made an entire monster costume, just the hands - so if you find yourself needing to make some monster hands, then do read on.

I found a bargain copy of  Kathy Sheldon and Amanda Carestio's  book Felt-o-ween just before Halloween and bought it for the one project really, though I may do one more. Possibly. So not full of projects to put on my must-make-one-of-those-now list,  but as it was a bargain price it seemed ok to purchase just for the monster hands. Great fun! 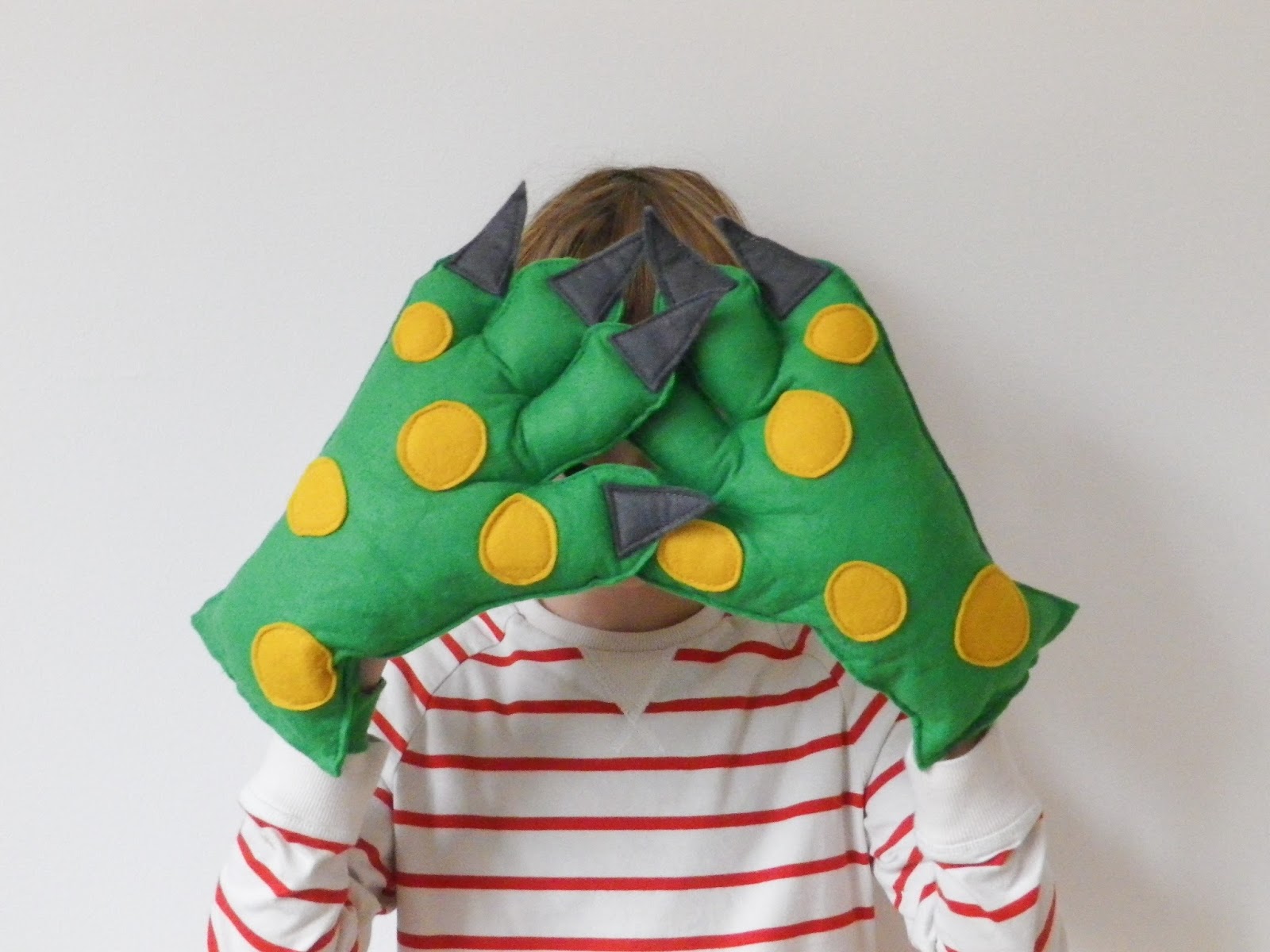 I think I have been spoilt by lovely books which include full scale patterns, which this book doesn't. Not that it was too tricky to enlarge the pattern for a pair of hands. The monster hands are stuffed and then strapped over the child's hands, rather than worn like a pair of gloves. Does that make sense? I decided to cut the wrist straps in half and add Velcro to close them for a better fit, as suggested in the book, which does help on these skinny wrists. Just the thing for some trick and treating fun.

And I could not resist the crochet ghost in Simply Crochet... 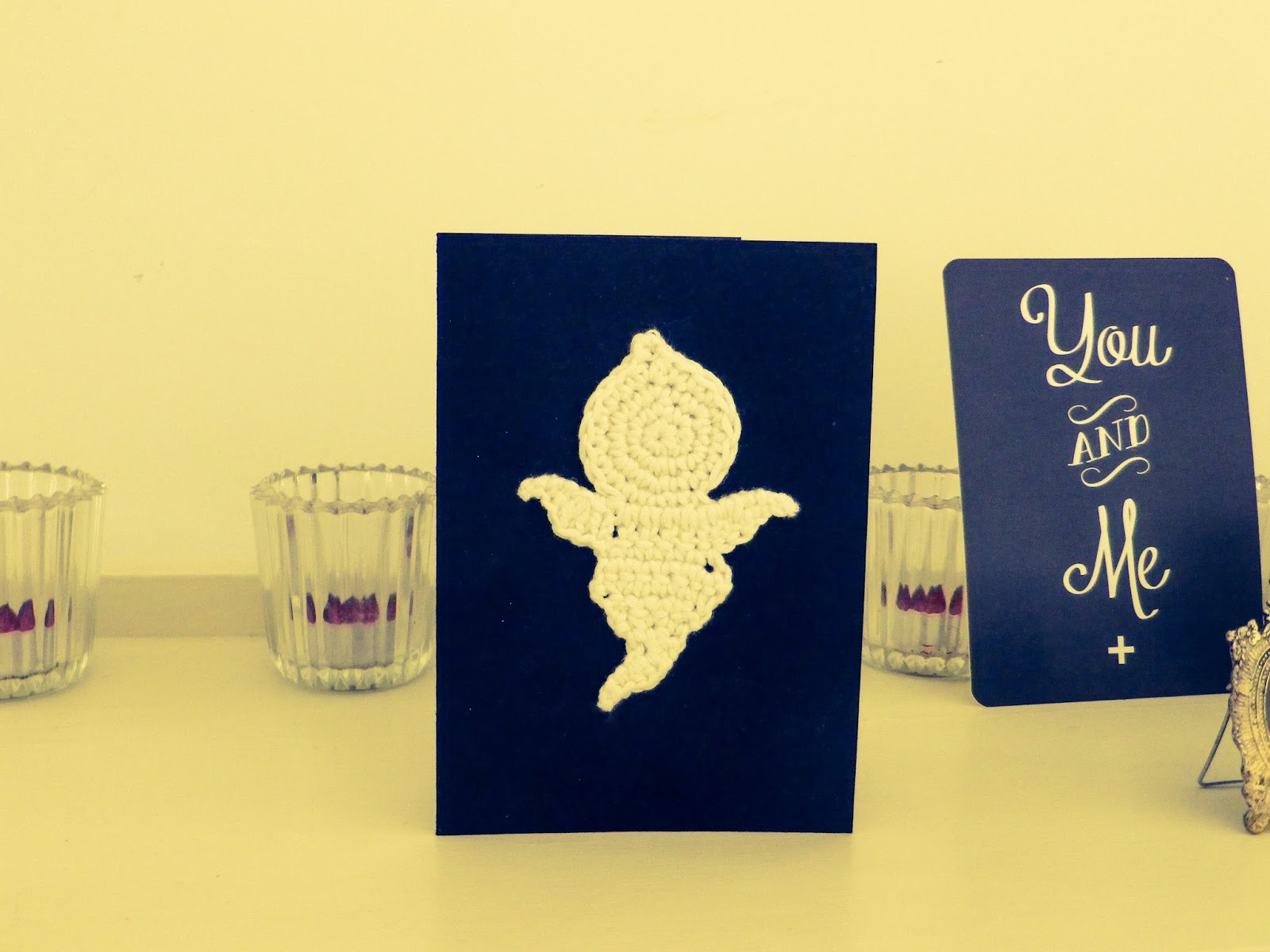 Here are those monster hands in action, rather proudly (attempting) to point at the pumpkin made with Daddy. It is difficult to point when wearing oversized monster hands 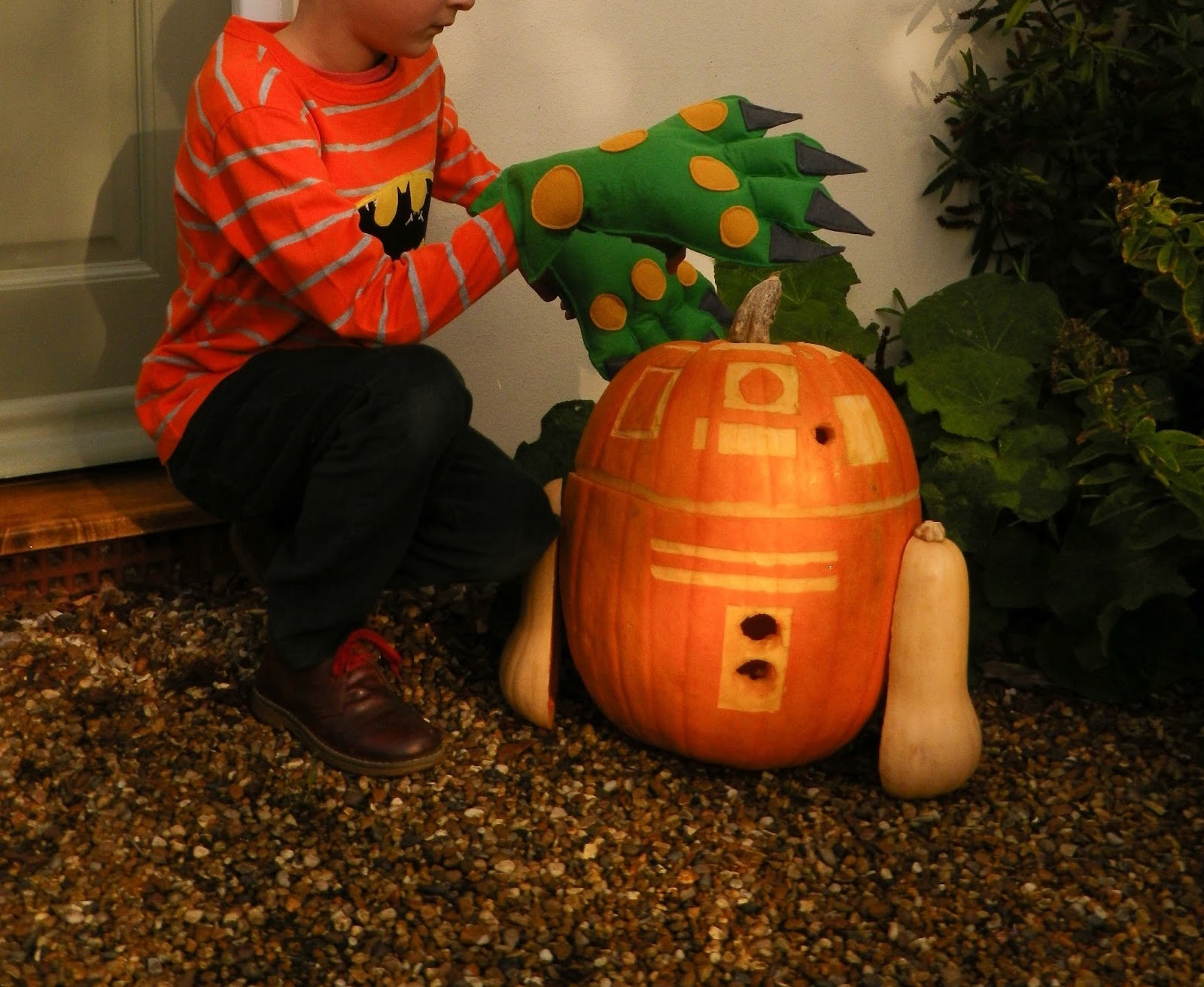 I really thought I had taken a photograph of P's Halloween make. Oh well, hopefully the sun shall come out sometime this weekend and I really will take that photograph. So in the absence of anything spooky, here is the reliable birthday present make for P's friends. Again. Though at the request of friend's Mummy, as when I enquired as to possible presents this is what she suggested as he still loves last years version. Obviously this made me happy as I don't really know how these handmade presents are truly received by the child! 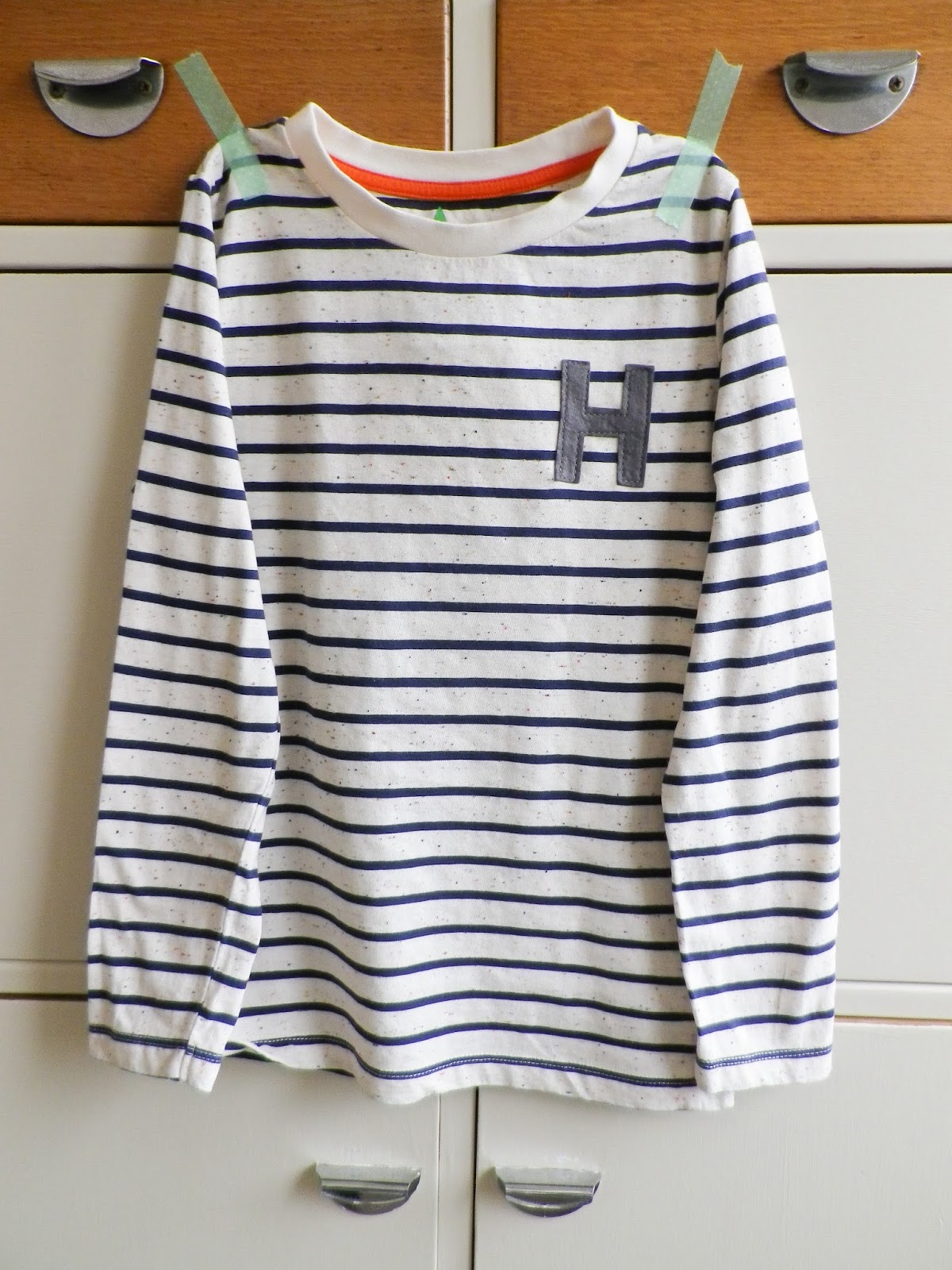 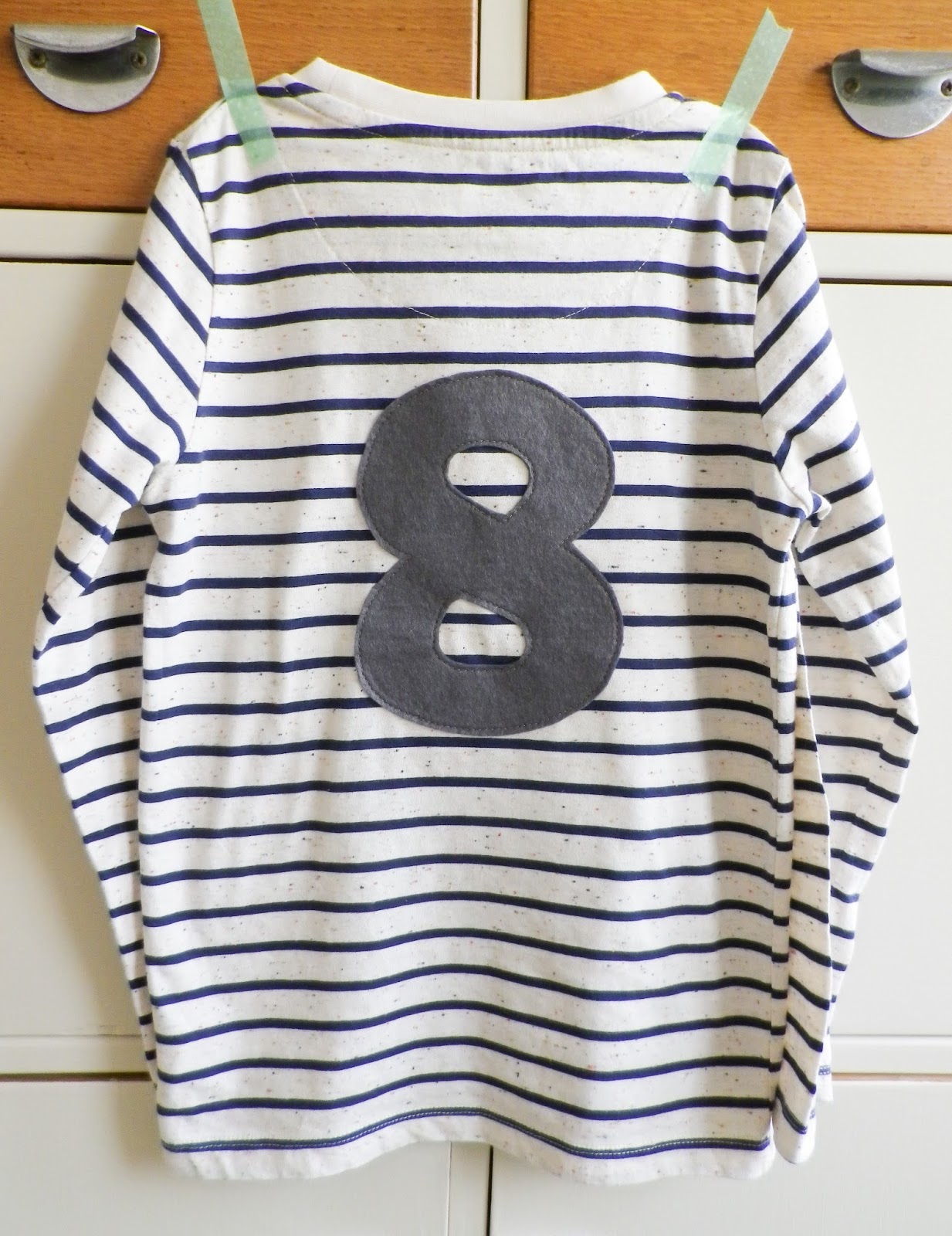 Today is oh so gloomy and full of rain - just perfect as the postman has delivered a parcel of wool! I am trying some Drops merino - has anyone used it? Hoping for some lovely soft wool in the parcel so I can make a start on Christmas makes. My parents are visiting my sister in Holland next week and the plan is that they take Christmas presents with them, so I really must just sit and knit. And we are off to the cinema this afternoon - what a treaty day! Mum and Dad are collecting P from school, Mr R     is finishing off his work for the week,  so we are going to see Pride - along with the grannies of Woodbridge, because who else goes to the cinema on a Friday afternoon? Perfect rainy Friday activities.
Posted by mrsrobinson at 03:52 No comments: