... some of which may have been Christmas presents, but as it is almost the end of January it seems a little late to be mentioning festive makes. So winter knits they are! 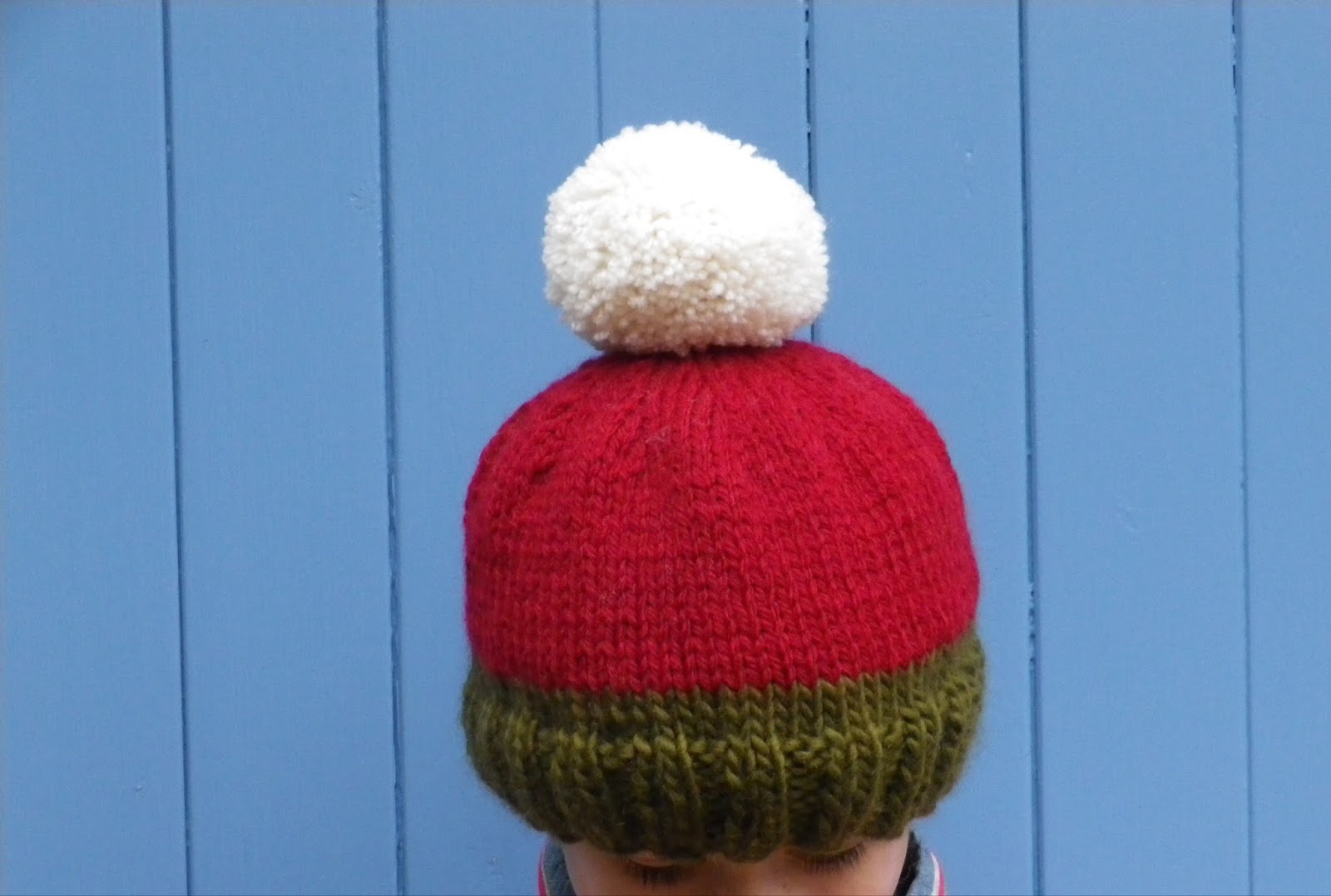 A new hat for Patch. As this was a must knit now hat it was a search through the basket to see what I can use... the green was leftover from the lining of a tea cosy knitted for Mum and Dad, and the white and red wool are unknowns I was given. I know I followed a pattern but cannot remember what. Oh my, this was only November. Maybe the hats for everyone from purl bee? I think the pattern was in the round but as I only had appropriate needles for flat knitting I did it that way. Gosh, I know I did knit this hat. But not much else. And had fun making a large pom-pom. I was oh so tempted to buy the extra large size pom-pom maker but Mr R wondered if it may be too much of a statement pom-pom. And this is quite large, and uses a lot of wool...

A lovely snug hat, which doesn't really help as I couldn't knit again as I know neither the pattern nor wool. Hopefully I shall remember more for the next make!