Initially Patch decided he would like to be God or Jesus for world book day. Indisputably both are from books, yet I worried that our slightly irreverent interpretation may upset some. Other suggestions made by Patch included Willy Wonka, Bob the man on the moon, or Claude and Sir Bobblysock. As we were informed only on Monday afternoon that children may dress as a character from a book on Thursday, and that Tuesday was already spoken for as it was my birthday, that left a day. The Willy Wonka idea is most certainly stored for another occasion, and Where's Wally was settled on as the only thing we didn't have was a suitable pom pom hat. Obviously not a problem 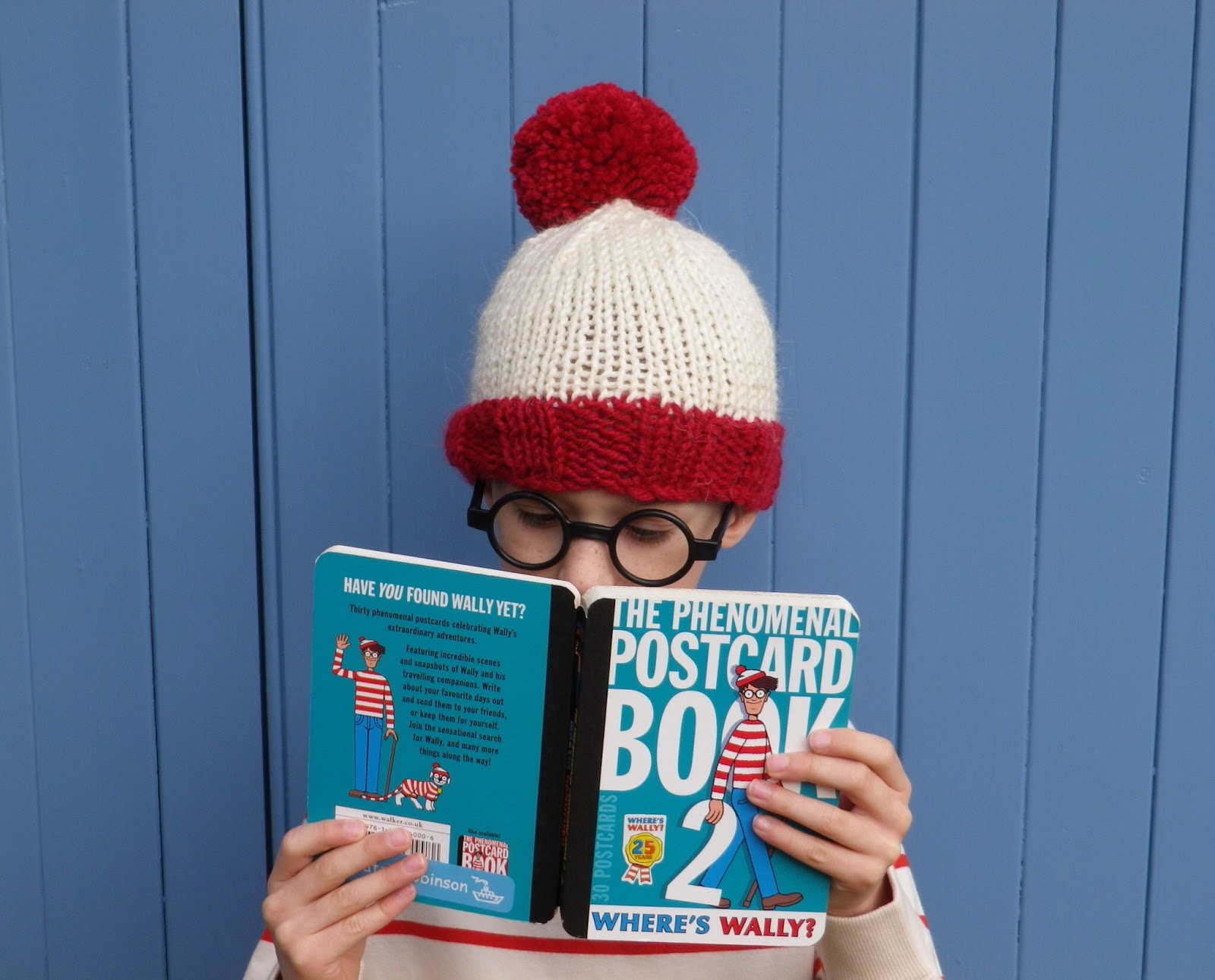 Sadly my over full basket didn't contain anything suitable, so a trip to the local wool shop resulted in a purchase of two balls of katia Peru wool. This is a chunky wool knitted on 6 - 6.5 mm needles, a smaller size than the 8 mm suggested in the chosen pattern - the purl bee's super soft merino hats for everyone. In an attempt to stop this hat becoming a more expensive item I decided to use needles that I already own, which are 7.5mm. Oh, and are straight needles whereas the pattern is knitted in the round. And I had no head to check the fit as it was either at school or playing at a friend's after school. So I bravely knitted the child size, quickly as it is indeed a quick knit, and waited to check the fit on the head when it returned home. And it is fine, and we had a rather happy Where's Wally 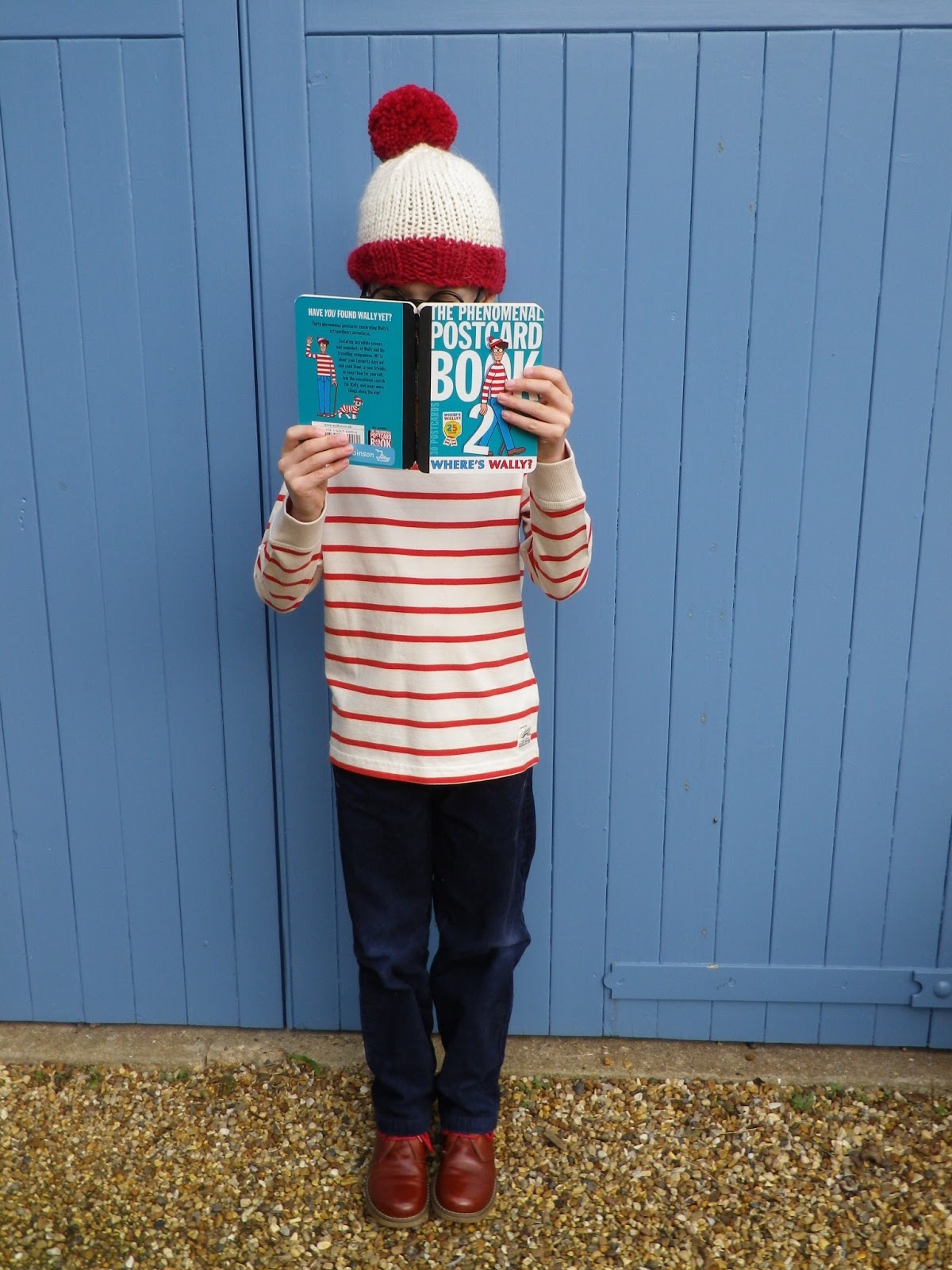