A pause with the hats to mention a rat

As I was looking through photographs of the many hats made so far this winter, I realised I had yet to show the costume Patch wore for the Christmas Play this year. Last year? Anyway, he was a rat. So festive!

I had some thoughts as to how I may be making this rat costume when a Mum at school approached me in the playground and mentioned that she had a rat costume if we would like to borrow it. I had no idea you could actually buy a rat costume as it doesn't seem the most popular choice for dressing up. Mr R was with me and in the pause that followed her meaning-to-be-helpful offer he obviously sensed my thoughts and quickly jumped in with a yes please. Of course I was thinking very kind offer, but maybe you should ask if there are any other rats-to-be as I do like to make a costume. So we were presented with a head and paws, and together with a (shop bought) t and leggings I think Mr R assumed the costume was complete. But I was certain that there was still the opportunity for a Mummy make because every rat needs a long tail.

And so this was my contribution to Patch's Christmas play costume. I had concerns that my vision for a rat's tail may actually look a little rude in reality, but all worry disappeared when one of Patch's friends informed his mummy that Patch looked like he had a string of sausages dangling behind him. So if you ever need to make a rat's tail/string of sausages for a costume, here is what I did 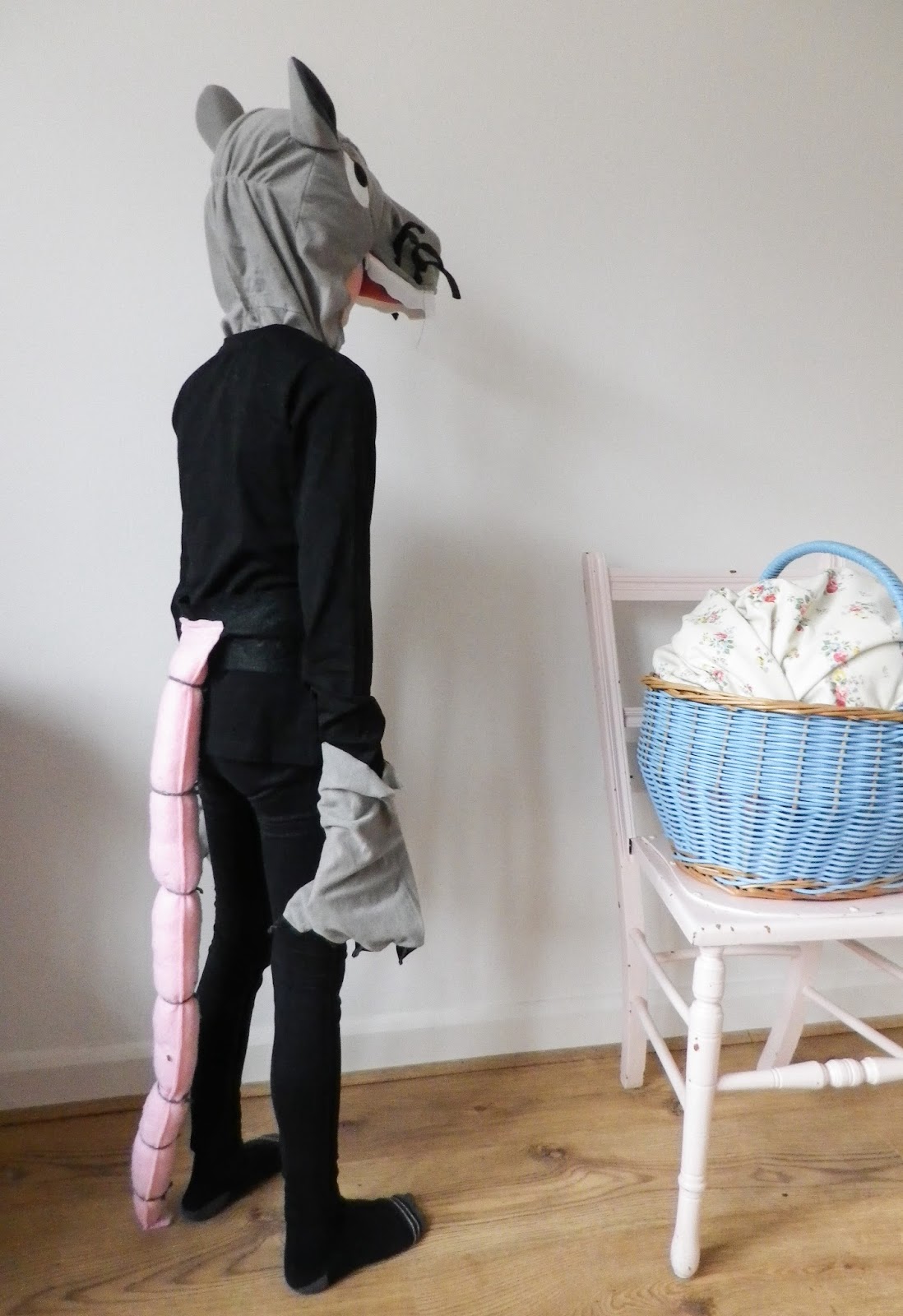 Two lengths of pink felt, tapered at one end, sewn along the long edges. I really did not want to struggle with turning this length of felt inside out, so the seams were just left on the outside. Stuffed and then sewn along the top edges to enclose the tail and attach it to a black belt, made from a wide strip of black felt with Velcro closure. And then maybe the bit that resembles a string of sausages, I wrapped bits of chunky grey wool along the length. 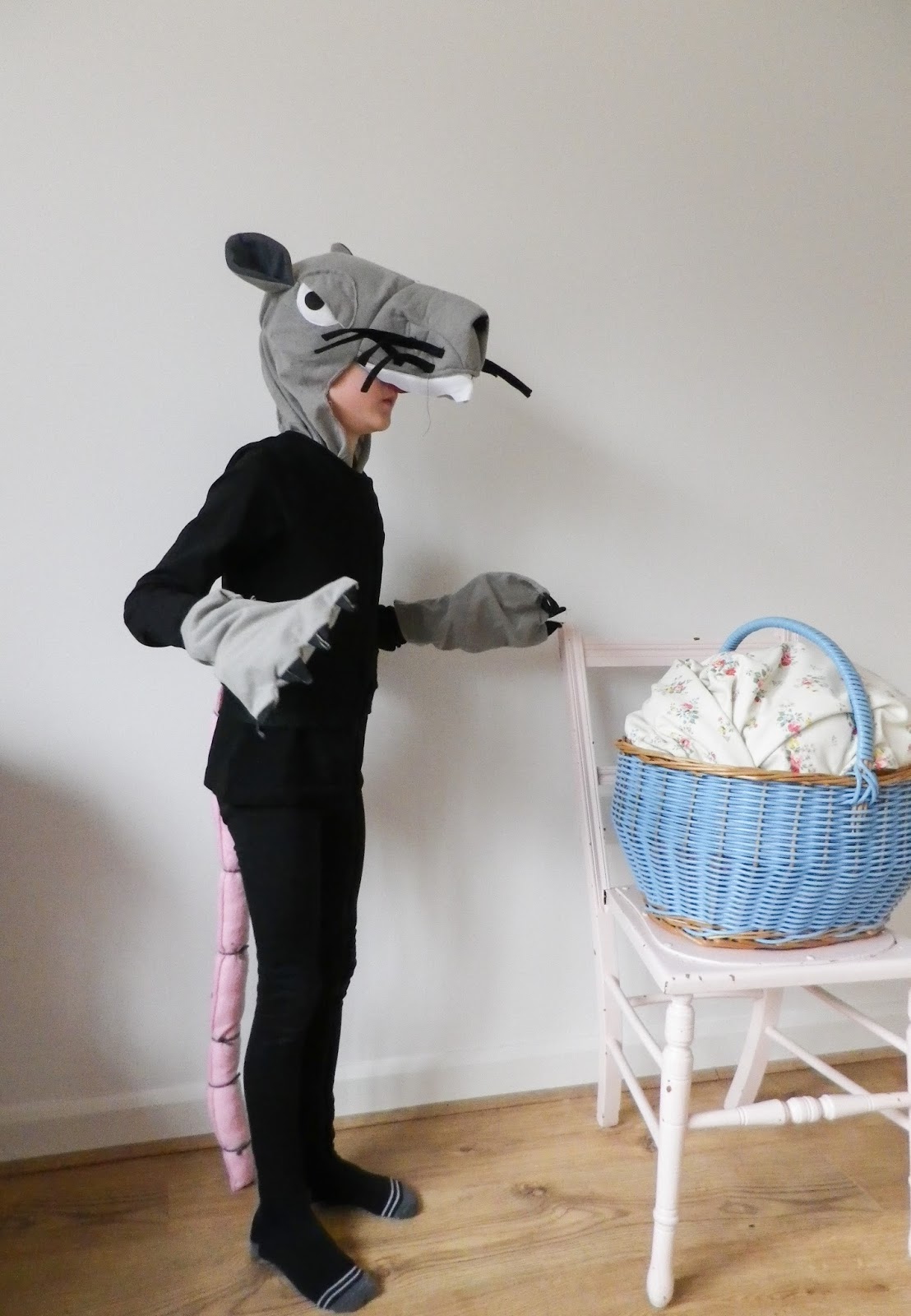 Mr R refrained from too many I-told-you-so's when halfway through the play Patch appeared in another costume, this time as a cat. Turns out, the cat was poorly and Patch was asked to stand in. So yes, I am glad that I spent only a few minutes on this costume. Also glad that Patch forgot that he had the rat's tail attached and performed the rest of the play as a cat with a rat's tail. We actually shouldn't be surprised as the year before last the lovingly made angel costume was whipped off (it didn't even make it on to stage) and Patch was upgraded to one of the three kings. He said his one word beautifully but was overcome with emotion when at the end of the play the head asked everyone present to give him a round of applause. Thankfully, he coped much better this year!

And as I have made so very many hats, I can't leave without mentioning one. Another Purl Bee classic cuffed hat, made just the same as the one shown last week here, but this time using Jarol heritage DK in teal. 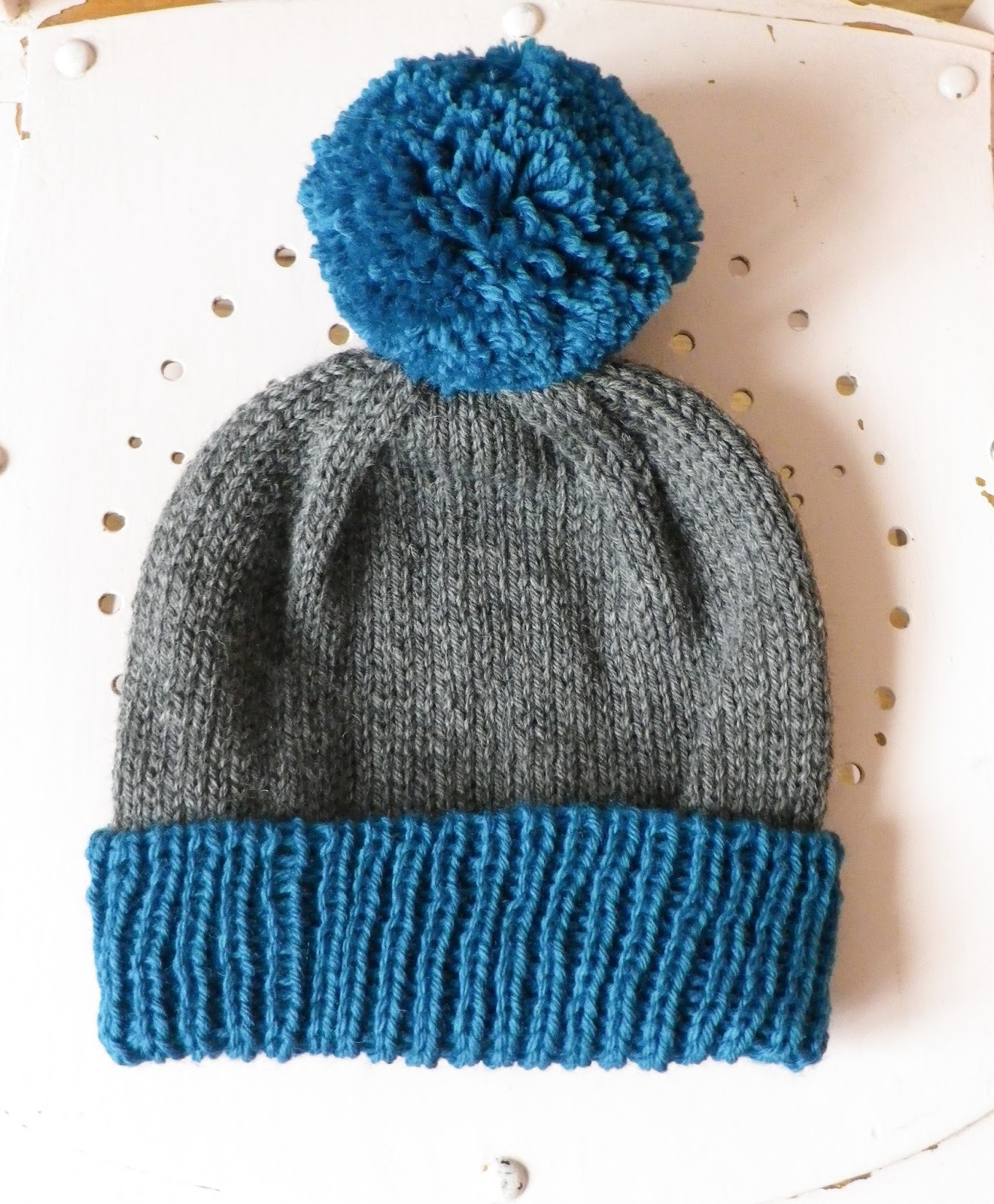