A renewed love of legwarmers

This wintertime I knitted my first pair of legwarmers (not that these are the first legwarmers in my life, I did grow up during the 1980s) but forgetting those distinctly acrylic versions, these are my first hand knit pair. And oh they are a dream. After the beautifully sunny weather of the past few days, it has become chilly once again here in Suffolk and so the legwarmers are back on.

This renewed love of legwarmers began as soon as I saw the fifth pattern in Helen Stewart's Knitvent2017 collection, the marzipan legwarmers. I knew that I wanted my pair to have the fluffiness of alpaca and be a charcoal colour. Perhaps not the best decision for a cabled pattern, which would have shown up more on a lighter and smoother yarn, but there was no changing my vision 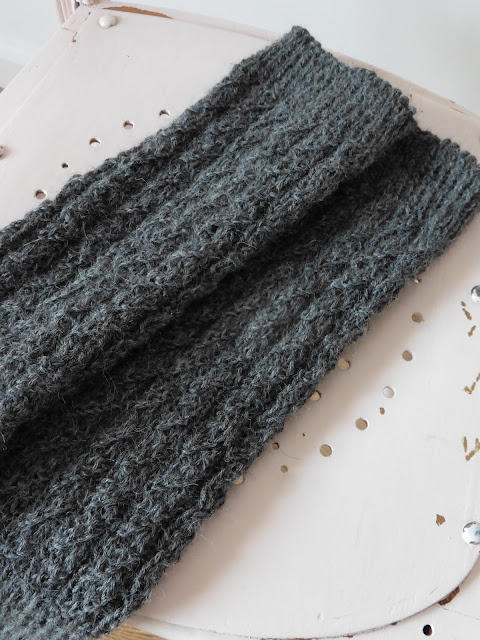 The yarn is Drops Puna, a 100% alpaca, in dark grey. The surprising thing about this pattern was that I only knitted to row 96, which is about half of the suggested length. I am quite short, and also wear them slouchy rather than pulled up like a ballerina, but I feel like the full pattern would make some rather long legwarmers. 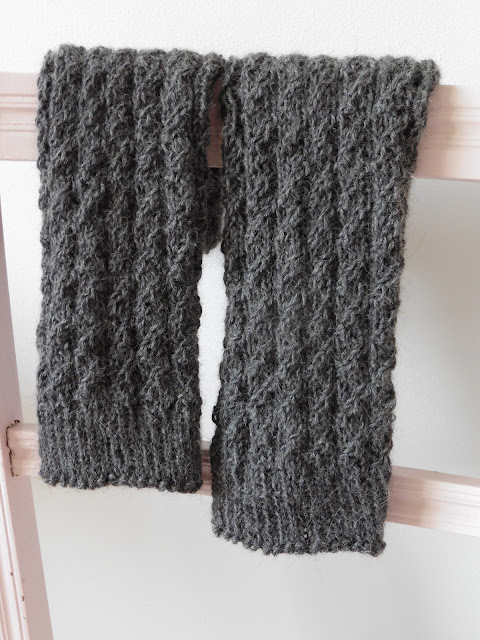 I seem to have a few makes in progress at the moment, though they are steadily being completed. The one that I have been loving this week is my jumble blanket as quite unexpectedly it appears to be almost finished. I should make the most of the chillier evenings this week as warmer weather usually means blanket making gets replaced with smaller projects for me. Just look at these colours! 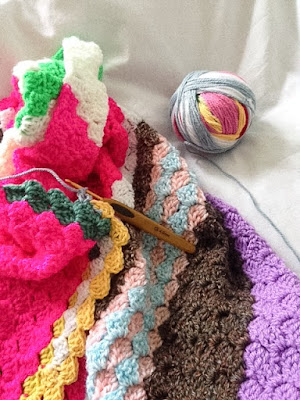