A rather belated spooky Halloween...

Gosh, half term flew by quicker than a witch on her super-charged broomstick. I am blaming the three days without power. The novelty of candle light had most certainly worn a little thin, though the house did small yum as all our candles appear to be festive smelly ones.

A Halloween t was still made, though no photograph taken yet. And no photographs of the other more elaborate costumes made for Halloweens past which Patch still eagerly wore. Well, we had power on previous years - that's my reason for making a t-shirt this year! Hmmm, that sounds like I made the t. I didn't. But anyway, more of those later.

I did make my favourite Halloween bakes ever made, thanks to a timely read of the dreamy Coco Rose Diaries. So sweetly spooky! 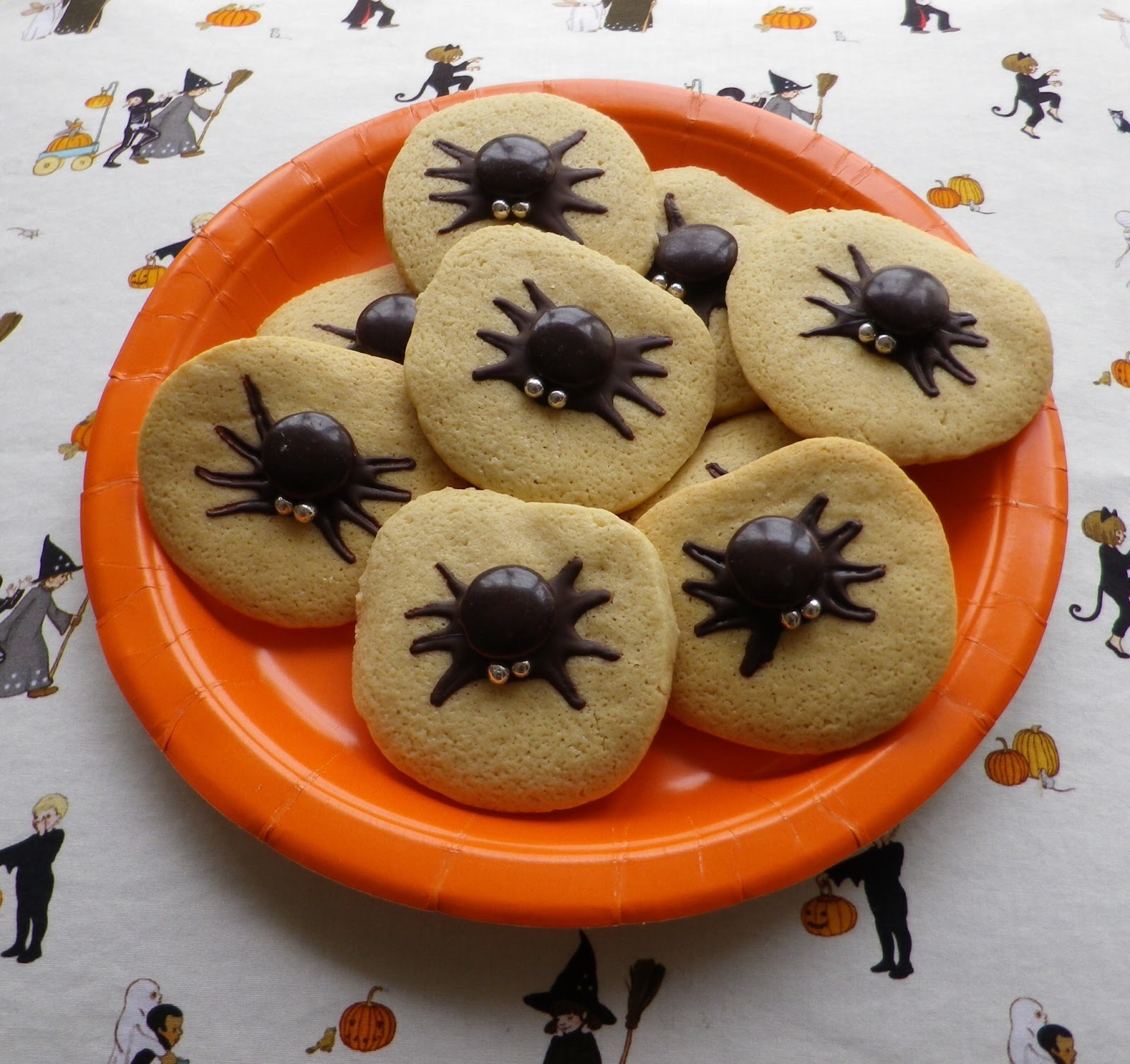 And Patch and his Daddy had lots of fun making a Katsuma pumpkin! 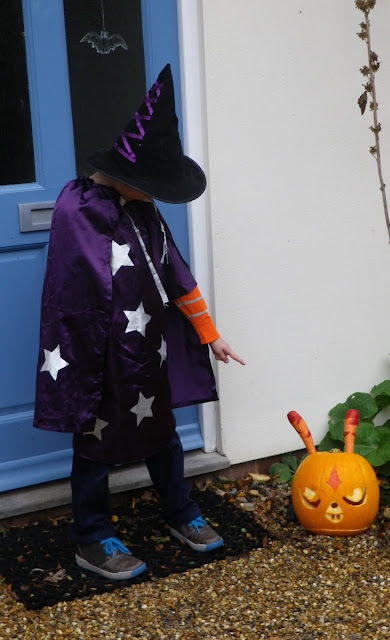