Either rather late or rather early...

For a Christmas jumper that is. I had hoped to take these photographs at least in January - well I suppose they were taken in January as that was only yesterday. January has worn me out this year. Horrible take-to-my-bed type cold after Christmas lingered in a bone aching manner until a few weeks into the new year and last week another cold has taken hold. Yuck.

Does anyone still want to even see a Christmas jumper? Maybe someone far more organised than me may be inspired for the festive season this year. And hopefully, unlike me, not forget about it again 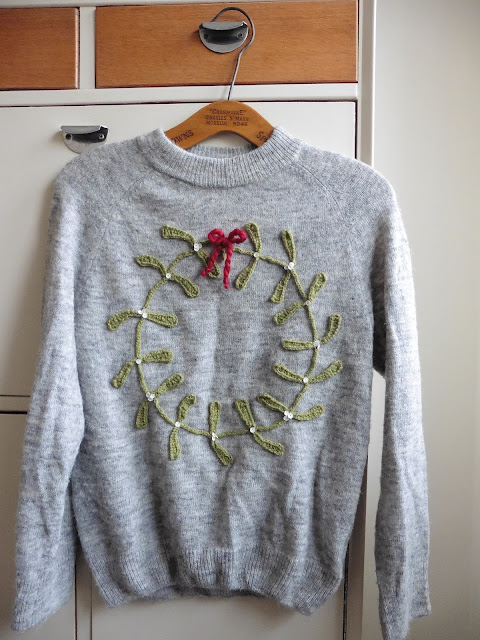 Fairly gentle for a Christmas jumper. I found the pattern in Simply Crochet issue 51, Esme Cricks's we heart it. Although I made a wreath instead of the heart shape, used slightly heavier wool from the basket, and sequins rather than pearl beads as that is what I had. Just add a creased jumper 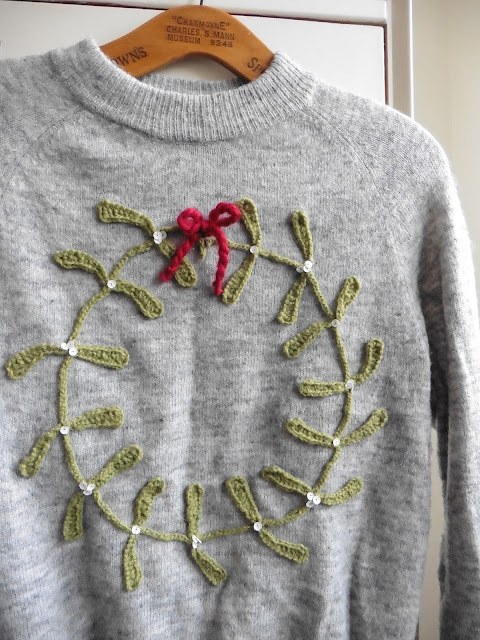 The position of the mistletoe leaves isn't quite as I imagined but now they are sewn on I think they will be staying put. I'm off to see what other makes I have to catch up with - hopefully they will be appropriately wintery rather than so obviously festive...