Maybe the best type of winter knit - snug, and they knit so quickly. Not that I am ready to give up those smaller needles... I love returning to a finer knit after wielding these chunky needles 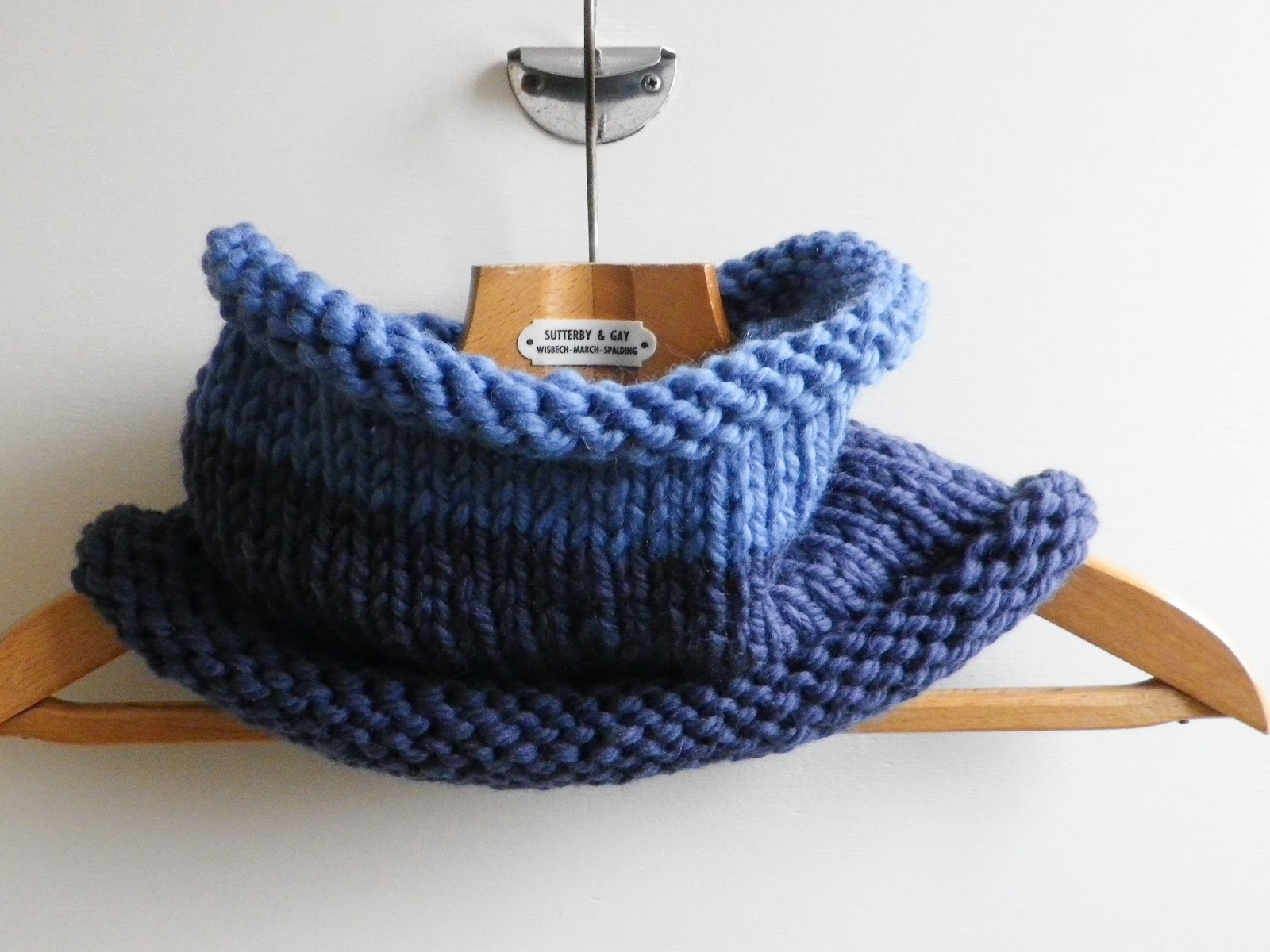 It has been an age since I made one of these cowls. I oh so much want to make myself another to save the grey one I made a few years ago from being worn every single day in winter, and have you seen the yum colours of Rowan big wool? I shall add it to the list, but really I should just do it because these cowls take only an eve in front of the television. I had a small ball of the lighter blue - steel blue - already in the basket so decided to find a nice colour to go with and make my first colourblock version. I love it! And hope you do too, Bea...The darker blue is blue velvet. Oh yes, and the pattern - the chunky cowl from Jenny Lord's Purls of Wisdom.

And the next chunky knit 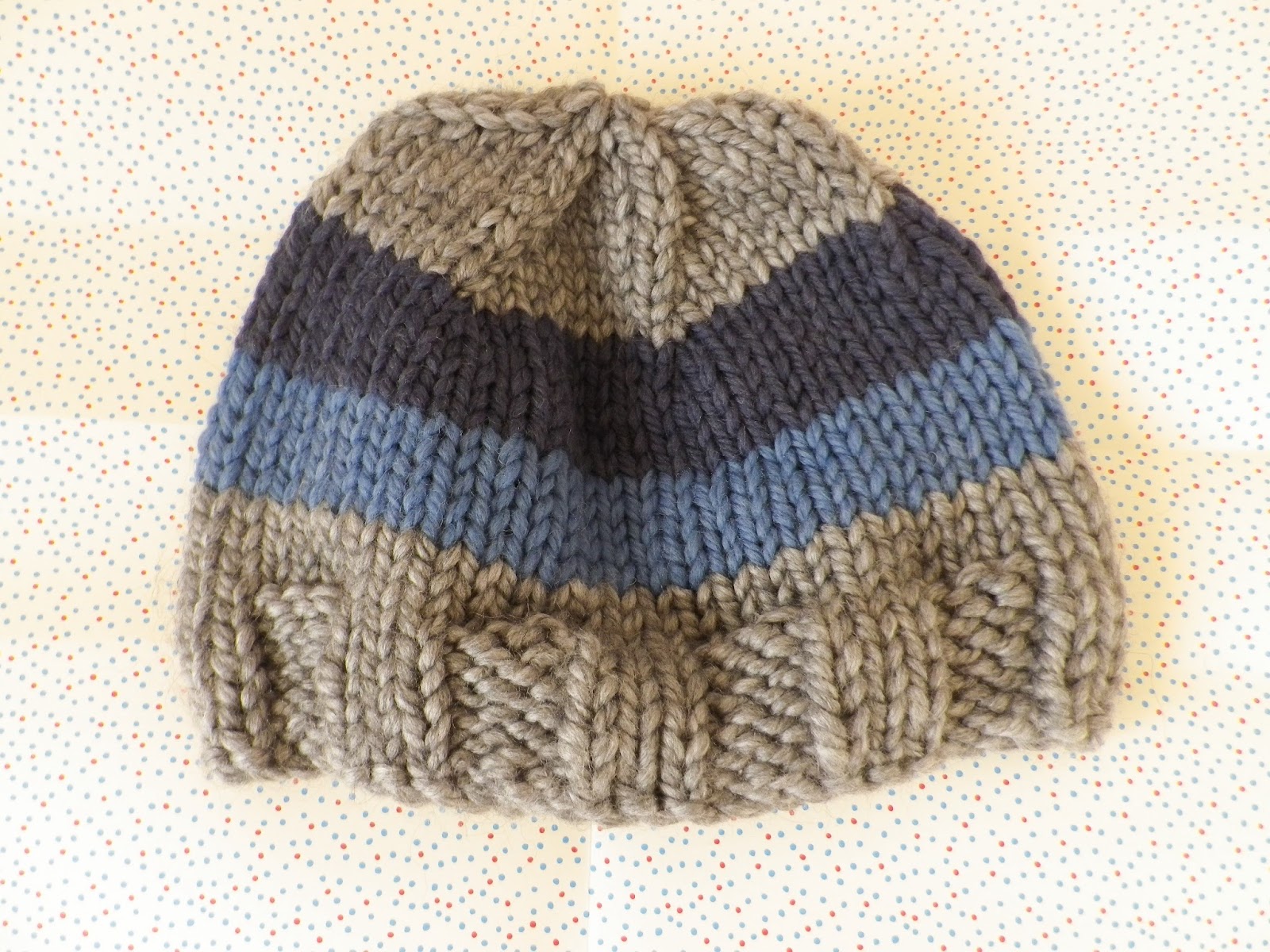 Purl Bee's super soft merino hats for everyone. Well, for Linda. And this one really is super. Super sized. This is not because Linda has a large head but rather that this was knitted while watching P at athletics club. I gaily cast on and knitted without a thought to gauge. Actually I did think oh, I should take some measurements but this thought was quickly forgotten as I realised that the tape measure was still at home. And so I continued to knit. The blues are more Rowan big wool from the basket, with Rico Creative Twist Super Chunky in light grey for the main part.

Once complete and home I did remember the tape measure... and discovered how very much bigger than intended this hat was. I tried it on and Mr R said he liked it and thought that I had purposefully knitted Linda a rather on trend slouchy type hat. I was flattered by the notion that I had knitted something on trend, and so gifted it to Linda with the understanding that I would happily re-knit if she preferred a snugger fit. This offer has not been taken up, so obviously I have a trendy friend. With a warm head.
Posted by mrsrobinson at 01:21